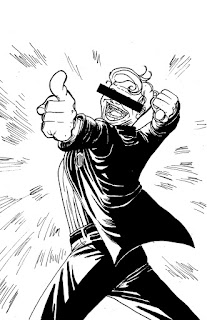 Ididian Incident report form:
[Please do not sign above this line]
The following report is for incident # 8542, hereby known as “No Zero days”
Since Ididian 7 lost all power during this time no security footage could be found, so we will be having our onsite artist depict the events to hopefully show a clearer time line of what transpired.

“No Zero days” death count is estimated to be 499 and 183 Contained at this point.
Posted by Michael Johnson at 2:20 AM